Anew report says the Affordable Care Act, otherwise known as Obamacare, has reduced the number of uninsured people in Arkansas, which has been especially important during the COVID-19 pandemic. 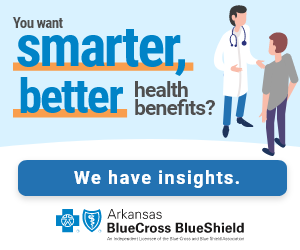 “Landmark legislation like this is never perfect, but it is far better than the previous situation prior to its existence, especially for low-income people and people of color,” Hall wrote.

Arkansas was the first Southern state to expand its Medicaid program to individuals making 138% of the federal poverty level after the Supreme Court ruled states could choose whether or not to do so.

The report says Arkansas’ Medicaid expansion through the “private option,” now known as “Arkansas Works,” helped reduce the state’s uninsured population in that income bracket from 46% of the population beforehand to 21% two years afterwards. Instead of simply expanding Medicaid, the program uses mostly federal Medicaid dollars to purchase private insurance for a quarter million adult Arkansans.

The state’s uninsured reduction was the nation’s third highest behind Kentucky and West Virginia. For its African American population, the uninsured rate fell from 20.4% in 2013 to 8% in 2017. The rate among Hispanic Arkansans fell from 33.7% to 25.2% over that time period.

Moreover, the report said the Affordable Care Act led to increased coverage for children by increasing the minimum Medicaid eligibility to 138% of the federal poverty level. Before, eligibility varied by age and was limited to 100% of the federal poverty level for children ages 6-18. The report says expanding Medicaid for adults led to more than 30,000 previously uninsured children being covered.

The Affordable Care Act also led to greater coverage for rural Arkansans, the report said. In 2008-09, 45% of adults in rural Arkansas were uninsured, a number that fell to 22% in 2015-16. Medicaid expansion helped rural hospitals survive financially. From 2013 to 2016, uncompensated care decreased from $216 million to $84 million. Only one rural hospital in Arkansas has closed since 2014, in De Queen, while 52 did so in Arkansas’ five surrounding states that did not expand their Medicaid populations. Louisiana was the only state that did expand its population. In recent weeks, Oklahoma and Missouri voters have both elected to expand their Medicaid populations.

The report said the ACA will save the state $444 million from 2018 to 2021 because of reduced uncompensated care for hospitals and because the state will collect more in premium tax revenues. Ending Medicaid expansion would cost the state nearly $2 billion, according to the study.

The ACA has helped the state respond to the COVID-19 pandemic in several ways. It allows Arkansas to receive more money from the federal government to operate Medicaid. The total was increased further by the Coronavirus Aid, Relief, and Economic Security Act, or CARES Act, signed by President Donald Trump earlier this year.

This is occurring as more Arkansans are enrolling in Medicaid coverage. In May 2020, the state had its highest number of enrollees in traditional Medicaid, Arkansas Works and children’s programs for at least a year.

The report points out that Arkansas is one of 18 states with a Republican attorney general who is suing to overturn the ACA, while 21 states with a Democratic attorney general are serving as defendants. In Texas v. Azar, a U.S. district court ruled the entire law should be struck down because the 2017 Tax Cut and Jobs Act ended its individual mandate to purchase health insurance. A previous U.S. Supreme Court decision had defined that mandate as a “tax” that helped justify the law.

Earlier this year, the United States Supreme Court agreed to hear Texas v. Azar this fall. The report cites an Urban Institute study that found that ending the ACA would cause nearly 20 million people to lose coverage.

The report notes the ACA has been the subject of numerous other political battles in Arkansas since its passage. The state Medicaid budget must be approved by three quarters of both the Arkansas House and Senate each year, and sometimes passage has come only after much debate. The Centers for Medicare and Medicaid Services allowed the state to enact a work requirement in 2018 that was challenged in court and stopped by a federal judge after the state’s number of beneficiaries was reduced by 18,000. In February, the U.S. Court of Appeals upheld that court’s decision. In July, Arkansas Attorney General Leslie Rutledge asked the U.S. Supreme Court to review and uphold the work requirement. The U.S. Department of Justice has also requested a review of the program.

Ray Hanley, president and CEO of Arkansas Foundation for Medical Care, a health care quality improvement organization, has a mixed view of the law. He said the ACA failed to control the costs of drugs and other health care expenses. The Kaiser Family Foundation said last year that average family premiums had increased 54% over the last 10 years. The 138% cutoff for Medicaid expansion eligibility was arbitrary and could cause some people to lose coverage by getting a pay raise. While the ACA reduced the national uninsured rate, it failed to cover all Americans.

However, he said the act had been good for hospitals and was an improvement for the nation and for Arkansas. If the law were overturned without a replacement, a quarter million Arkansans could lose their coverage, and hospitals would take a big financial hit.

“We’re far better off with it than we would be without it, but you can’t just say that and gloss over the problems that are inherent in the law,” he said.