This month’s poll finds that majorities favor a national Medicare-for-all health plan (56%) and favor a “public option” (68%) in which a government-administered plan would compete with private health insurance and be available to all Americans. 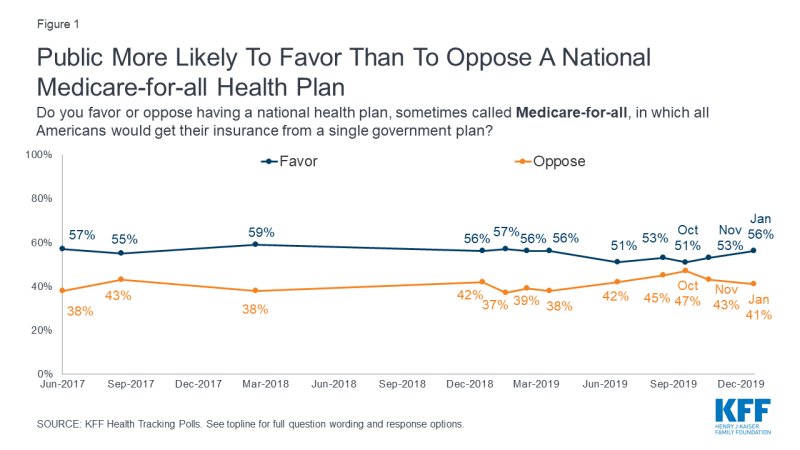 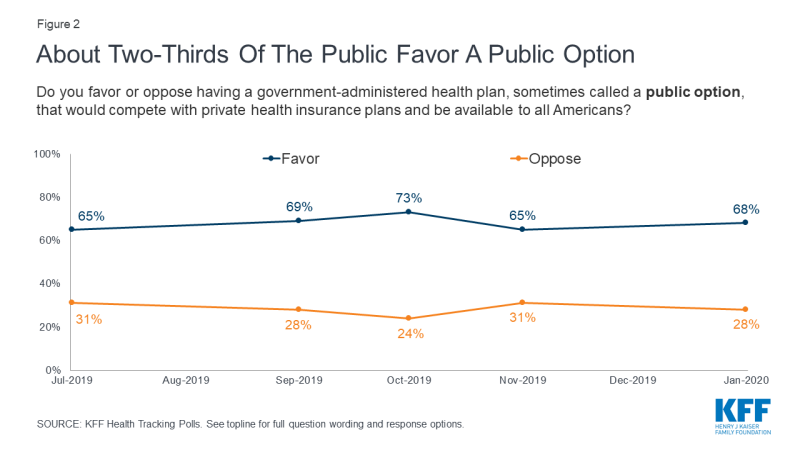 Figure 2: About Two-Thirds Of The Public Favor A Public Option 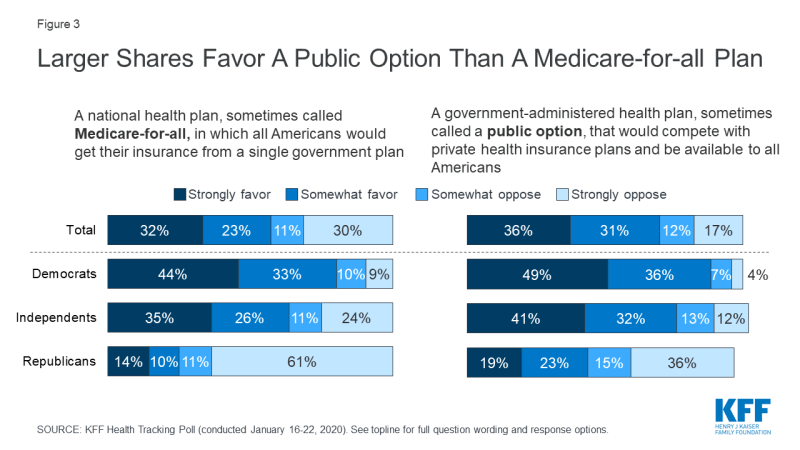 While both proposals aim to expand the role of the federal government in health care, the two plans are very different – which has been highlighted during the recent Democratic presidential primary debates. Yet, nearly half of adults (48%) favor both of these proposals while 22% oppose both. Few (6%) say they favor Medicare-for-all but oppose a public option while 17% favor a public option, but oppose Medicare-for-all.

Get top 10 stories like these delivered to your inbox weekly.