In northeastern Nigeria, the militant group Boko Haram continues to gain power and presence, plaguing residents with ongoing, unpredictable violence. As the ISIS affiliate seeks to gain more territory, the crisis has led to over 20,000 deaths and the displacement of over 1.8 million people.

Survivors have begun to show signs and symptoms of post-traumatic stress, yet there is only one mental health hospital in the northeast: The Federal Neuropsychiatric Hospital in Maiduguri, the largest city in Borno state. And like other government-owned mental health facilities in Nigeria, it’s usually filled up. In Maiduguri, referred to as “Boko Haram’s den,”nearly all residents have been affected somehow by the group’s use of brutal violence including executions, kidnappings, arson, and rape. 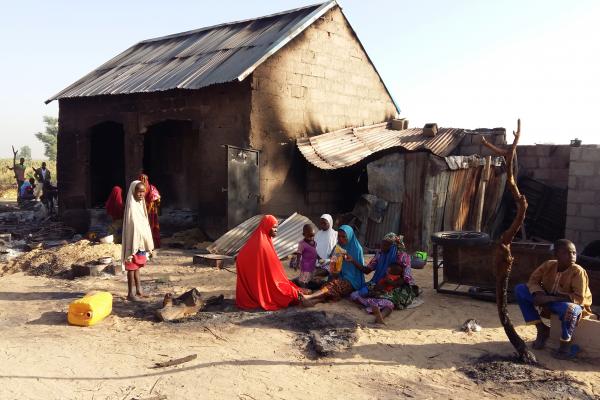 According to the Nigerian Ministry of Health, at least three in 10 Nigerians suffer from a mental illness that often goes untreated due to Nigeria’s lack of mental health care systems. The WHO’s 2018 Global Health Observatory data repository records an estimated 17 suicides per 100,000 people across Nigeria, ranking seventh in Africa just behind Zimbabwe with 19 suicides per 100,000 people.

To close the gap, nonprofits throughout the country are finding new ways to reach out to people in desperate need of care, from online Twitter therapy sessions to community outreach on motorized trikes.

The nonprofit NEEM Foundation was established in direct response to growing insecurity in northeastern Nigeria and their mission is clear: prevent violent extremism. They send counselors and psychiatrists out on kekes, or motorized tricycles, to provide mental healthcare support to displaced families, former Boko Haram fighters and survivors of violence. Last year, over 7,000 clients in Borno received psychological counseling and therapeutic services.

“There is a deficit in the care provided to victims in the northeast. NEEM is particular about providing psychological support because it will reduce the instances of radicalization,” said Chinyereugo Udensi, a clinical psychologist with NEEM, who has seen many clients present with serious psychiatric needs. 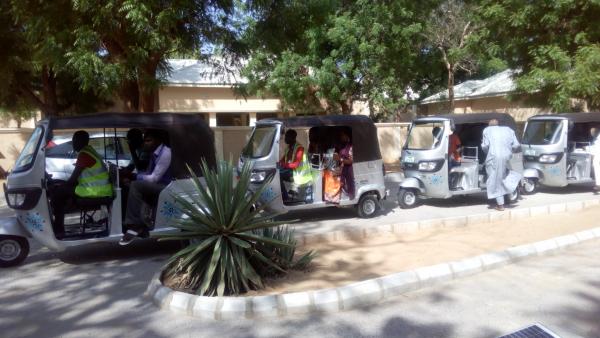 Some former Boko Haram fighters say they themselves were abducted and forced to join the group and were given the choice to fight or be killed. Those who manage to leave the group get reintegrated back into society without mental health evaluations or follow-up care. Others continue to work as agents within these communities and use pirate radio to spread propaganda to recruit fighters.

NEEM focuses specifically on reaching out to affected children by conducting group sessions at its center dedicated to children and youth with trauma. They also opened a separate psychology training center in Maiduguri, where lay counselors — university graduates in the sciences — undergo an intensive nine-month training program.

Nigeria only has eight public neuropsychiatric facilities spread throughout the country, leaving nonprofits like Mentally Aware Nigeria Initiative, or MANI, to take up the bulk of mental health care with significant outreach via social media, by tapping into platforms like Whatsapp and Twitter to reach those in need. With approximately 103 million Nigerians online, NGOs are finding new ways to reach clients in need of mental health interventions.

Mowunmi Olanrewaju, 26, a development worker focused on environmental sustainability in the megacity of Lagos found a lifeline online when she fell into a sinking depression. At her lowest point, when Olanrewaju suffered suicidal ideation, she says she received counseling sessions from MANI — via Twitter direct messaging.

“[It was a] deep sinking emptiness,” Olanrewaju says. “Almost like the world and everything has collapsed on itself. I am always nervous about the future, worried about the past and not sure about what I want.”

Olanrewaju traces the beginning of her anxiety and panic attacks to 2014 when, on the morning of her birthday, despite calls and texts, she describes feeling “extremely sad and alone.” Olanrewaju was not alone. But as Nigeria’s population of 190 million people continues to increase, a mass exodus of doctors and medical staff to greener pastures means the country does not have the capacity to deal with its growing mental health crisis.

For over two weeks, Olanrewaju couldn’t sleep and resorted to prescription sleep-aids. She began to lose track of time and memory, walking around without remembering how she got there. Olanrewaju says her loneliness crippled her. Anxiety turned into chronic physical pain, so she added painkillers to her regiment. A friend advised her to speak with a counselor, but that proved too expensive.

In 2018, a psychologist diagnosed Olanrewaju with depression, but at $70 per session, she couldn’t afford to continue. (The minimum wage in Nigeria is $49 per month.)

Before Olanrewaju found a psychologist she could afford, she says MANI’s counseling services via Twitter offered her a new perspective on life: “In the past, I imagined I would just get it over with [suicide], but now, I have seen enough of the pain and what it does to the people around you,” Olanrewaju said.

MANI, founded in 2015 by Victor Ugo, is one of the few nonprofits that provide mental health care in Nigeria. After he himself was diagnosed with clinical depression, Ugo established MANI with a mission to raise awareness on mental illness and connect patients with mental health professionals.

“We have counselors available around the clock to act as first responders when Nigerians need help,” said Rasheedat Olarinoye, a project manager with MANI. “Our counselors are volunteer psychiatrists and medical officers that are, a lot of times, the thin line between life and death.” 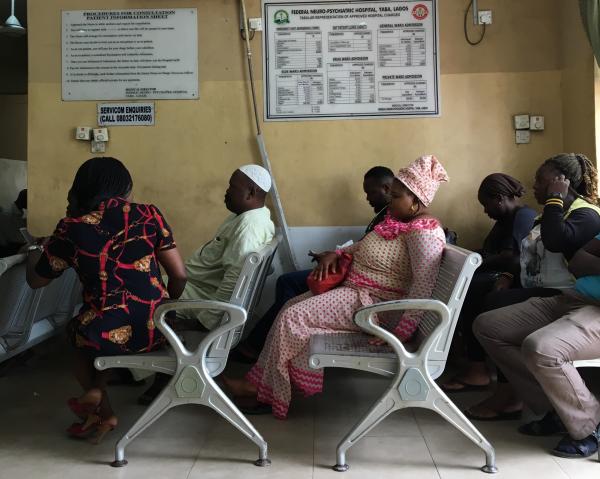 Suicide is a crime

What began as a way to tackle the nonexistent mental health care system through counseling services has evolved into legal support for people arrested or prosecuted by the Nigerian police for attempting suicide — currently a criminal offense that attracts up to one year in prison. This law has been on the books unchanged since Nigeria was a British colony. The law was repealed in 1961 in Britain under the Suicide Act, one year after Nigeria gained independence.

The counseling sessions do not include the hotline — they are a stop-gap before a person is able to get professional help.

MANI works at the forefront of a policy campaign for a new mental health bill that seeks to repeal the criminalization of suicide and increase funding for mental health in the country. The organization closely follows high profile cases of suicide attempts and arrests throughout the country, building cell networks with volunteers in most major cities. These networks are critical to recovery.

“Anytime a person commits suicide, their family and friends suffer the most,” Olanrewaju said.

But there is a significant risk of relapse. MANI provides immediate interventions but most patients need follow-up sessions with psychologists. Instead, they are referred to religious institutions as a substitute due to the shortage of affordable mental health services. 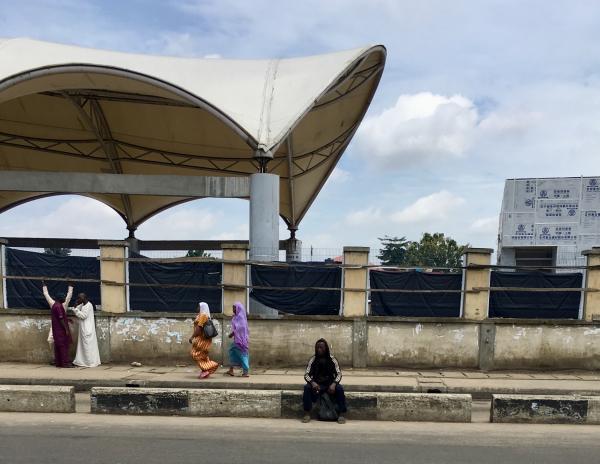 Stigma comes at a high cost

Emeka Iregbulem, a psychiatrist at the Federal Neuropsychiatric Hospital in Enugu, in southeastern Nigeria, explains that “[the] neuropsychiatric hospitals in Nigeria do not provide community healthcare which is perhaps the most important aspect of healthcare.”

“Nigerians still don’t see things like depression as illnesses,” Iregbulem said. “Most times, people visit psychiatric hospitals to help cure addiction and things they consider big illnesses like schizophrenia. A lot of Nigerians would rather listen to their pastor or imam than a doctor.”

In Nigeria, mental health care is often restricted to drug abuse rehabilitation. Many perceive depression and PTSD as spiritual “attacks” or disorders. Little progress has been made to shift psychiatric care into the mainstream.