Federal deficits in CBO’s baseline average $1.2 trillion per year and total $11.6 trillion over the 2020– 2029 period…Those deficits would average 4.4 percent of gross domestic product (GDP). Other than the period immediately after World War II, the only other time the average deficit has been so large over so many years was after the 2007–2009 recession.

Additional costs for the elderly include and increasing cost for funding social security.

What is the federal government spending money on for health care? Largely Medicare and Medicaid, but also health insurance subsidies and the Children’s Health Insurance Program (CHIP) 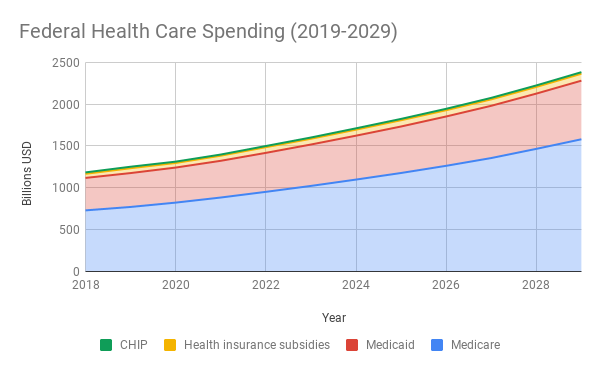