This story has been updated to name a rural health clinic audited by the Comptroller.

In March, Servolution Health Services threw a party to celebrate its opening as a rural health clinic in Speedwell, Tenn., a small Appalachian town near the Kentucky border with 5,000 children and no pediatrician.

The new clinic, nestled between a cornfield and a dairy farm, brought on a pediatrician. It hired nurse practitioners to provide primary care to adults, too.

In a county with one-fifth of the population living below the poverty level and high rates of diabetes and hypertension, the clinic is a significant addition.

But the celebration was short-lived.

The clinic is now struggling to stay afloat, caught in a prolonged bureaucratic tangle created by officials with the state’s TennCare program.

Extra TennCare payments promised to Servolution — and about 20 other rural health clinics that have opened within the past 15 months — have been frozen while the state works out new payment rules.

Alicia Metcalf, co-CEO of the Speedwell clinic, said she didn’t learn about the frozen payments until months after the state approved her application and the clinic began seeing TennCare patients.

“It’s been a big shock to us,” said Metcalf, who stressed that the clinic would remain open despite TennCare’s payment freeze. “It’s harder and harder to keep open the doors with no money coming in.”

National and state health care organizations, including the Tennessee Hospital Association, have asked the state to immediately end its moratorium on payments.

In letters and in person at a November meeting, they told TennCare officials many clinics are in imminent danger of closing — compounding an already acute crisis in rural Tennessee where many hospitals have shut down. 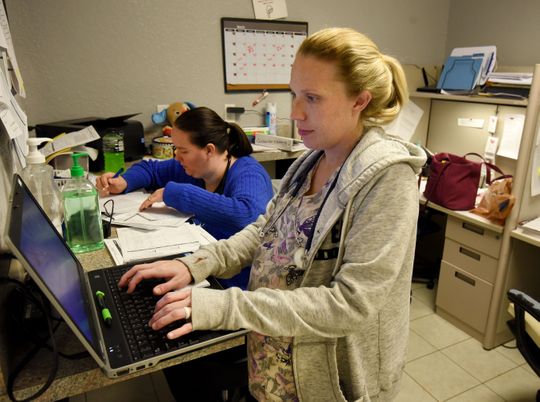 “The time has come for the moratorium to end,” said Bill Finerfrock, executive director of the National Association of Rural Health Clinics. “Forty-nine other states have figured out how to do this and do not have the same kinds of issues.”

Sarah Tanksley, a TennCare spokeswoman, said the state’s moratorium is necessary to create new rules for the complicated billing procedures required of all of the state’s approximately 150 rural health clinics.

The Comptroller’s office, which audits clinic finances, is also seeing a significant potential for fraud or waste in billing practices, she said.

Roberson Rike Clinic in Tiptonville, Tenn., in February was found to have overbilled TennCare by $191,000, according to an audit by the Comptroller. A spokesman for the Comptroller said they have additional “open examinations that we can’t discuss until they are released.”

How rural health clinics get paid

Rural health clinics that see TennCare patients get an extra rate called a “wraparound payment” for each patient they treat. 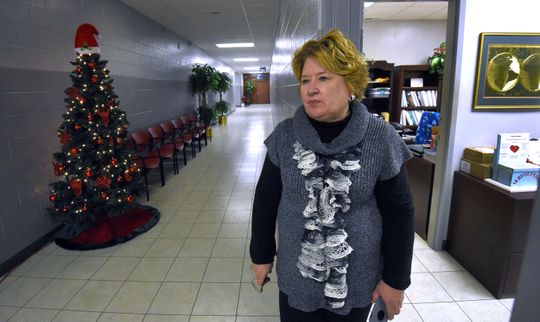 These extra wraparound payments are woven into the design of the federal rural health clinic program to ensure that people in poor, sparsely populated areas have access to doctors and nurses.

Tanskey noted that new rural health clinic providers continue to get paid for seeing TennCare enrollees “just like any provider in the TennCare network.”

But the supplemental payments cover the actual cost to the clinic of treating TennCare patients. TennCare’s per-office visit payment does not cover the entire cost of the visit.

Clinics in rural areas with a single doctor or nurse practitioner have less negotiating power and get lower rates, said Rebecca Jolley, executive director of the Rural Health Association of Tennessee.

Without the wraparound payments, clinics are paid 20 to 30 cents on the dollar of their actual costs to see patients, Jolley estimated.

“These clinics are facing a dire financial situation,” Jolley said.

‘If I have to close my doors, people may die’

Pediatric Associates of West Tennessee is the only pediatric clinic in the county. Haywood Park Community Hospital, the county’s only hospital, closed in 2014.

The payments from TennCare, without the promised wraparound reimbursements, aren’t sufficient, she said.

“It’s not all just ear infections and strep throat that has to be taken care of. If I have to close my doors, people may die. That’s extreme, but it is a very real truth.”

The process to start up a new rural clinic is costly. Some providers borrowed money to add required equipment and staff without any clue that TennCare would freeze payments as soon as it approved them.

Metcalf, the operator of the Speedwell clinic, estimated it cost her $100,000 to become a rural health clinic. She is negotiating with her lenders on new repayment plans, she said.

Darren Perry began operating the Medina Family Medical Clinic in West Tennessee as a rural health clinic last year. Perry, a nurse practitioner, had been serving patients in the town of 4,200 for two decades. He applied for rural health clinic status to be able to provide care to more patients on TennCare.

He was aware of the moratorium when he applied, but at the time it was only for six months.

TennCare officials have since extended that moratorium twice, each time for another six months.

The moratorium is scheduled to end in April, but there are no guarantees the state won’t seek another extension.